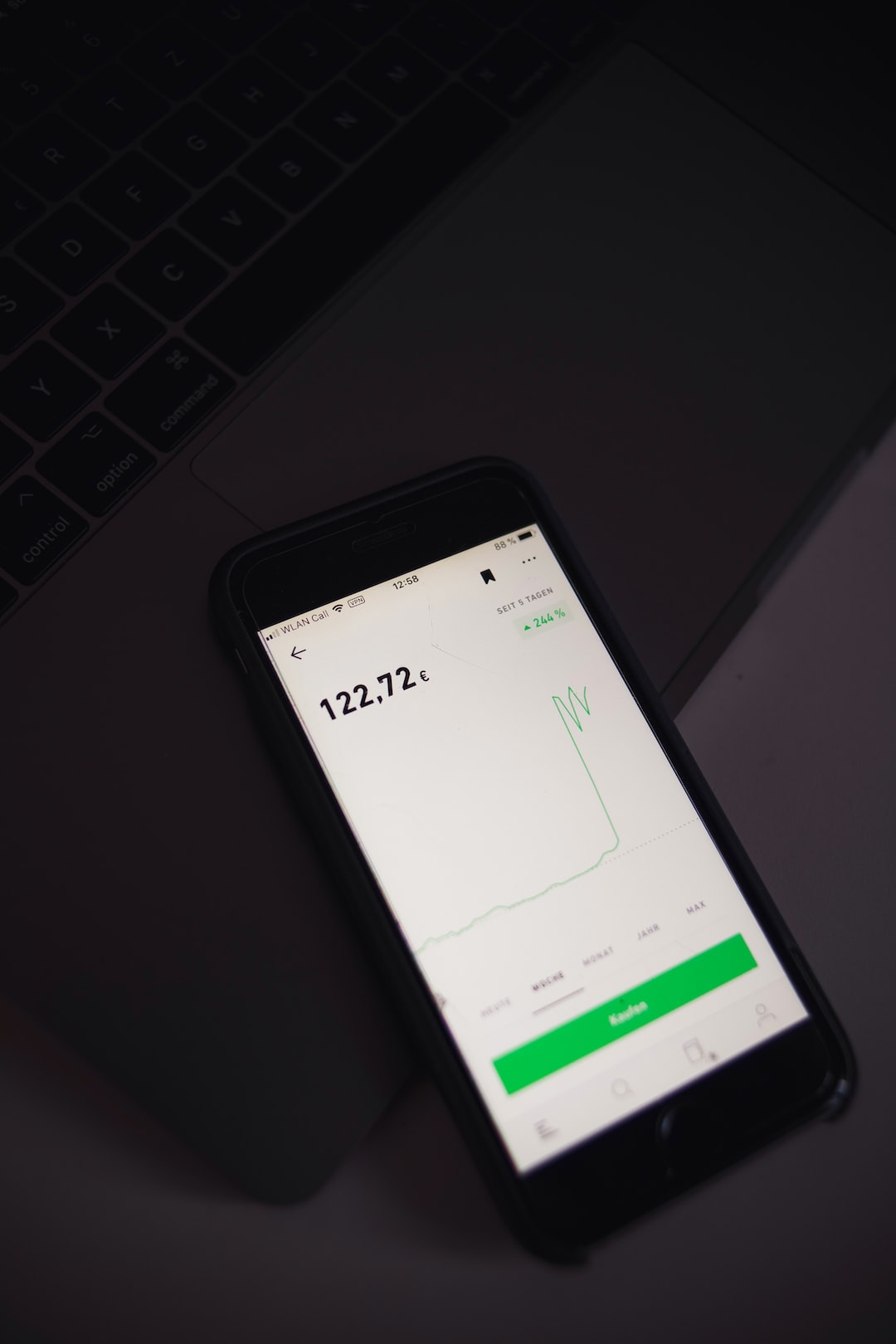 What Is the Department of Housing and Urban Development (HUD)?

The purpose of the U.S. Department of Housing and Urban Development (HUD) is to provide housing and community development assistance and to make sure everyone has access to “fair and equal” housing.

HUD is led by the HUD secretary, a member of the president’s cabinet who is nominated by the president and confirmed by the Senate. Marcia Fudge currently holds the position, taking office on March 10, 2021.

Understanding the Department of Housing and Urban Development (HUD)

HUD was established in 1965 under president Lyndon B. Johnson.

It is a cabinet-level government agency, meaning that the agency’s head, called the secretary, is appointed by the president and approved by a simple majority vote in the Senate. The secretary then holds that position until they leave or a new president takes office.

HUD’s predecessor was the Housing and Home Finance Agency, formed in 1947.

The federal government’s involvement in housing stretches back much further than the creation of either agency, however. In 1918, for example, the government helped finance the building of homes for workers in industries contributing to World War I efforts.

HUD’s mandate is to oversee various federal housing programs in the name of promoting fair and equal housing. Under HUD’s fiscal year 2018–2022 strategic plan, the department’s mission is “to create strong, sustainable, inclusive communities and quality affordable homes for all.”

The agency further states it aims “to provide safe, decent, affordable housing for the American people while being good stewards of taxpayer dollars.”

HUD’s first overarching goal is to “advance economic opportunities for HUD-assisted residents, by creating an environment where they can access affordable housing and achieve self-sufficiency and financial stability.”

HUD is responsible for national policy and programs that address housing needs in the U.S. Through various initiatives, HUD works to:

HUD also oversees the Federal Housing Administration (FHA), which Congress created in 1934. The FHA is primarily known for its mortgage insurance program, which enables homebuyers to get an FHA home loan when they might not qualify for a conventional mortgage due to a low credit score, low down payment, or history of bankruptcy or foreclosure.

HUD oversees several programs and rules that you might have heard of.

The Fair Housing Act, passed in 1968, governs most of the housing market and prohibits discrimination based on race, color, national origin, religion, sex, familial status, and handicap when housing is rented or sold or when a homebuyer applies for a mortgage.

The Community Development Block Grant program provides grants to cities and counties to implement activities directed toward the revitalization of neighborhoods, economic development, and providing improved facilities and services.

Grantees must use the funds in ways that will:

There’s also the Housing Choice Voucher Program, commonly called Section 8. This program helps very low-income families, older people, and people with disabilities pay for rental housing that meets or exceeds minimum health and safety standards. Rentals do not have to be located in subsidized housing projects, and local public housing agencies are responsible for distributing the vouchers.

The 2020 budget for the Department of Housing and Urban Development (HUD). The proposed budget for 2022 is $68.7 billion.

In 2018, HUD announced that, through a joint effort with the VA, veteran homelessness had decreased by 5.4% since the previous year, falling to about half the number of veterans experiencing homelessness reported in 2010.

In 2019, HUD said it served over 990,000 single-family homebuyers through the FHA-insured mortgage programs, oversaw the production or preservation of more than 2.6 million multifamily rental units, and provided more than $4.3 billion in insurance for hospitals and residential care facilities.

In 2020, homelessness increased by 2.2% over the previous year amid the COVID-19 pandemic.

HUD has also developed a number of case studies to highlight programs it considers successes. Below are a few examples.

In Portland, Ore., HUD contributed $3.3 million toward financing Bud Clark Commons, an eight-story, LEED Platinum-certified development that provides both transitional and permanent housing to help those struggling with homelessness.

The complex also houses case-management services to help people who are homeless overcome problems such as mental illness, chemical addiction, and unemployment.

Since opening in 2011, the Commons has served more than 7,000 people, connected 3,600 with social services, and placed 350 in permanent housing. Most of the development’s funding came from tax-increment financing and low-income tax credits from the city of Portland, but HUD’s financing filled in the gaps.

A third success story comes from El Paso, Texas, where about $11 million of the $14 million used to create a 73-unit affordable housing development for very low-income older people came from HUD.

The Paisano Green Community boasts zero net energy consumption, LEED Platinum certification, and average monthly energy costs of $18.30 per apartment unit and $21.11 per townhouse unit—despite El Paso’s desert climate, where summer highs are in the mid-90s and winter lows are in the 30s.

The Department of Housing and Urban Development has done immeasurable good in providing safe housing to Americans and lifting people out of poverty. At the same time, the organization is often subject to criticism, which comes mainly from organizations and individuals that support limited government. They argue that government programs often don’t work as intended and that HUD’s activities are best left to local governments and the private sector.

In some locations, Section 8 vouchers are in such high demand that there are long waiting lists; waiting lists can even be closed in areas of very high demand. And while the program allows participants to rent any available housing, in practice their choices are often severely restricted and the options are undesirable.

Critics add that Section 8 vouchers tend to concentrate low-income families in impoverished neighborhoods. Also, because HUD sometimes sets the value of its vouchers too low for local housing-market conditions, few landlords are willing to accept the vouchers. Some of those who do abuse the system.

The program also imposes annual housing safety inspections on landlords who rent to Section 8 tenants and has a reputation for paying landlords several months late.

According to the Cato Institute, HUD has provided grant funds that have been abused, given unneeded subsidies to developers at taxpayers’ expense, and experienced a number of incidents involving mismanagement, political manipulation, corruption, and fraud.

HUD and the COVID-19 Pandemic

By the end of March 2021, 6.4 million American households were behind on their rent, according to HUD.

HUD Secretary Marcia Fudge said she’s committed to preventing an explosion of homelessness. “One of the first things that they said to me was that we’re going to make homelessness, and the eradication of homelessness, a priority in this administration,” Fudge told NPR in an interview. “We want every single person, no matter their station, to find a way to get out of, not just off the streets, but even out of shelters.”

Why Was the Department of Housing and Urban Development (HUD) Created?

HUD was created as the federal agency to address the country’s housing needs, improve the nation’s communities, and enforce fair housing laws.

Who Is President Biden’s HUD Secretary?

What Does the HUD Secretary Do?

The HUD Secretary’s primary duties include advising the President on housing-related issues, making policies, appointing assistant secretaries, and coordinating the efforts of HUD.

What Is a HUD Home?

HUD homes are simply foreclosed properties that the government has put up for sale or auction. HUD homes were originally purchased with FHA loans.

How Do I Find a HUD Home?